Get fresh music recommendations delivered to your inbox every Friday.

by Harry Stafford and Marco Butcher 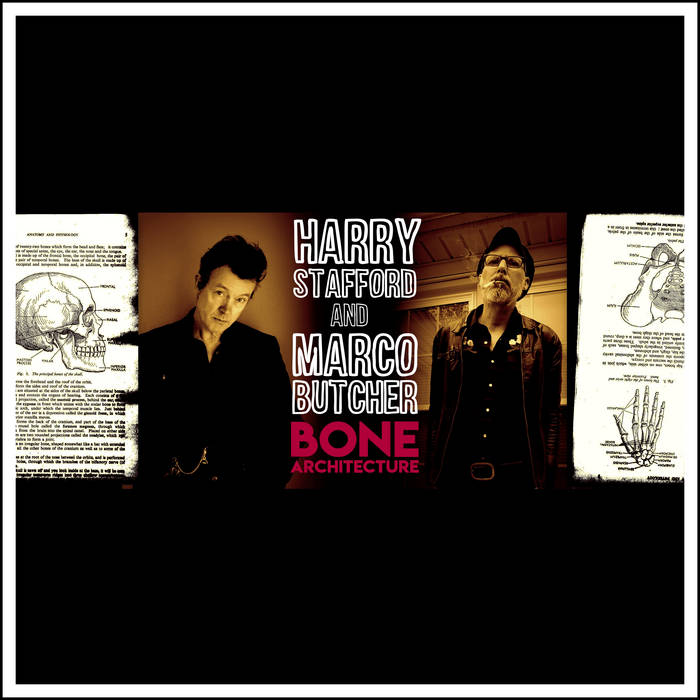 Harry Stafford and Marco Butcher met online primarily it was to exchange ideas and talk about their musical influences. But after a while it soon became apparent that there was more to the ideas and wild notions, they were creating than a mere shared love of Swing, Be-bop, blues, post punk, trash and all the untamed genres in between.
The record, Bone Architecture is a collection of songs composed with music mainly by Marco and Lyrics and occasional keyboard and guitar expression by Harry. It is a raw and at times unforgiving forage into urban punk blues with, fuzzed up jazz and garage trash rock.

Harry Stafford is guitarist and singer of post-punk-blues-Gothic-rockers Inca Babies. The incas were formed in Manchester UK., in the 80s. In 2015 he decided to release some solo material that echoes his love of Blues Piano and barroom ballads. But 30 years with the incas meant it wasn’t going to be as musically simplistic as that. Guitar Shaped Hammers and Gothic Urban Blues are the result. ... more

Bandcamp Daily  your guide to the world of Bandcamp

Damu The Fudgemunk shares his recent collab with Def Pressé, plus jams from Common and more